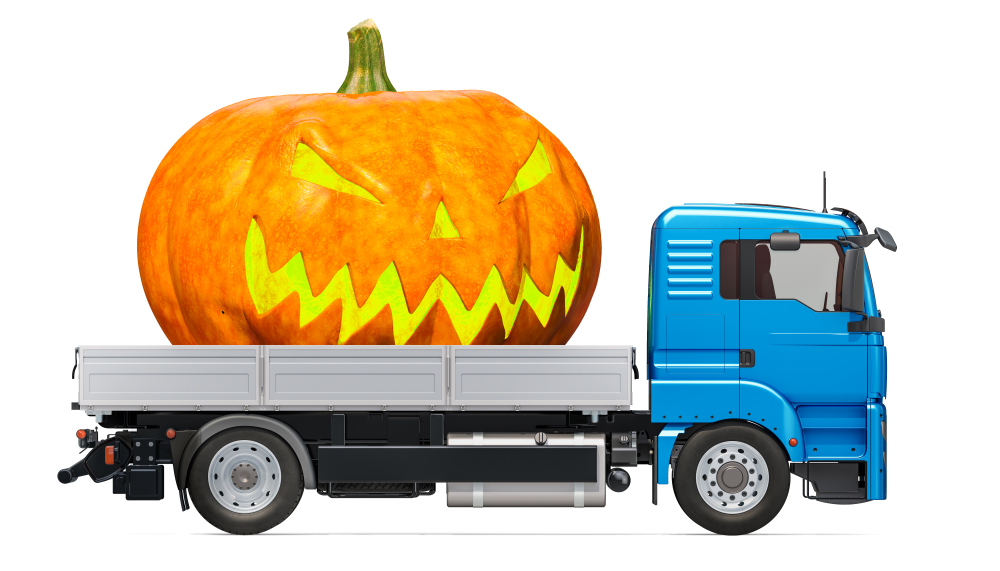 It’s that time of the year again! It’s October! Everywhere you look, there are jack-o-lanterns, skulls, and all things spooky. Halloween has arrived! And most people don’t think too much about how the goodies get on their store shelves on time.

A little known fact is that New York trucking companies are at the center of the Halloween mania every year. There was a time when Halloween wasn’t nearly as popular in our culture as it is today. In fact, the significance of Halloween is growing by the year.

Retailers used to designate a very small section of their stores to Halloween-related merchandise. The presence of Halloween in your average American store was usually pretty subtle and easy to miss. You wouldn’t quite notice it unless you were seeking it out intentionally. And oh, how times have changed!

Nowadays, we have multiple stores dedicated entirely to Halloween. We fill the stores with costumes, pumpkins, enormous bags of candy, decorations, make-up, and any other Halloween-centric product you can imagine. And as stated previously, most people don’t peruse the shelves and ponder just what it took to get all of the tricks and treats to them on time.

Halloween has evolved from an oft-overlooked holiday into a cultural phenomenon. And what’s one of the hallmarks of a proper Halloween? Why, it’s candy, of course! For trucking companies, the fall season is very active.

Do you know how much chocolate stores sell around Halloween?

Almost 90 million pounds! And candy companies manufacture 35 millions pounds of candy corn every year! (Even though it sometimes seems like nobody likes it.) That comes to 9 billion pieces, which is enough to circle the moon 21 times!

Americans will spend $2.4 billion collectively on 600 million pounds of Halloween candy this year alone. That much candy is equivalent to the weight of six Titanic ships. 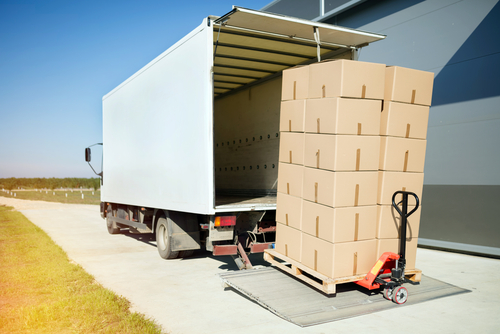 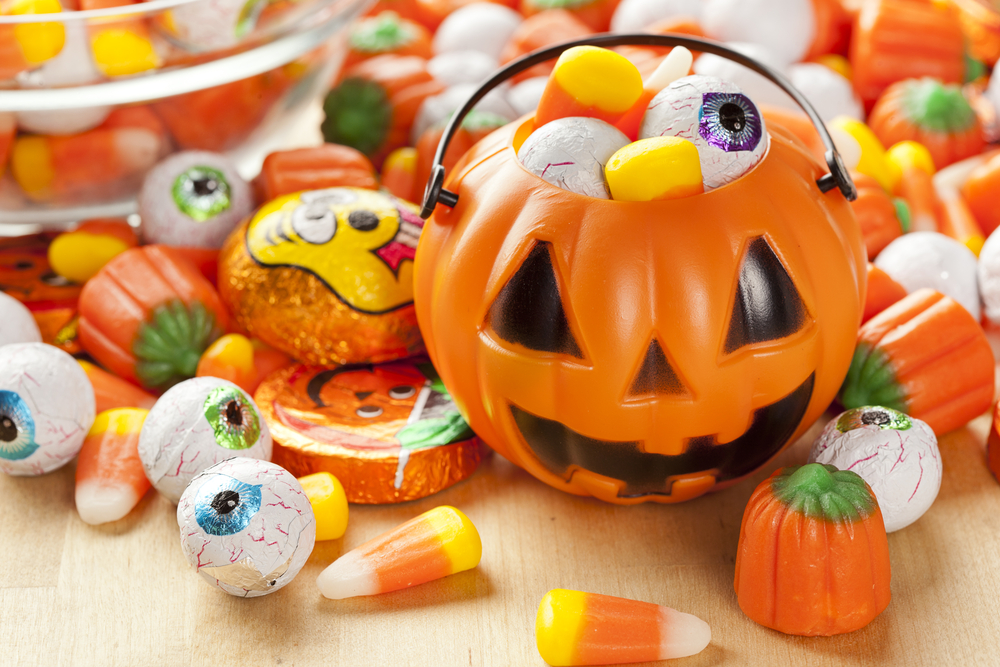 Have you ever taken a moment to wonder how all of that candy reaches its destination? Trucks, of course! What most people don’t know is that when it comes to treats like chocolate and candy apples, they have to be transported in refrigerated freights. They’re loaded onto the truck (often with truck-mounted forklifts) and then sent to their destinations. The trucks’ cargo stays nice and cool, so that the candy doesn’t arrive at the stores in a gigantic pile of sugary soup.

Considering the massive quantity of candy that’s transported and sold around Halloween, that’s a gargantuan amount of chilled trucks moving around the country spreading the Halloween spirit.

Considering the massive amount of candy that trucks transport and stores sell around Halloween, that’s a gargantuan amount of chilled trucks moving around the country spreading the Halloween spirit.

Just like the piles of candy on the shelves, have you ever passed a jack-o-lantern and considered what it took to transport it? Long before it’s carved and stuffed with a candle, that pumpkin had to be very carefully picked, loaded and transported to the final destination to make sure it was ready to buy on time.

Most people don’t know what a narrow window exists in which a pumpkin can be picked, shipped and unloaded. If someone harvests them too soon, they definitely won’t last until Halloween. They’ll wither and rot long before October 31st.

Most of the truck drivers who transport the pumpkins inspect them before they’re loaded, to make sure they’re delivering the very best pumpkins. And a lot like the candy, the pumpkins have to be kept at a cool enough temperature throughout the shipment to preserve their quality. Any truck that gets too hot will lead to freight full of rotten pumpkins. 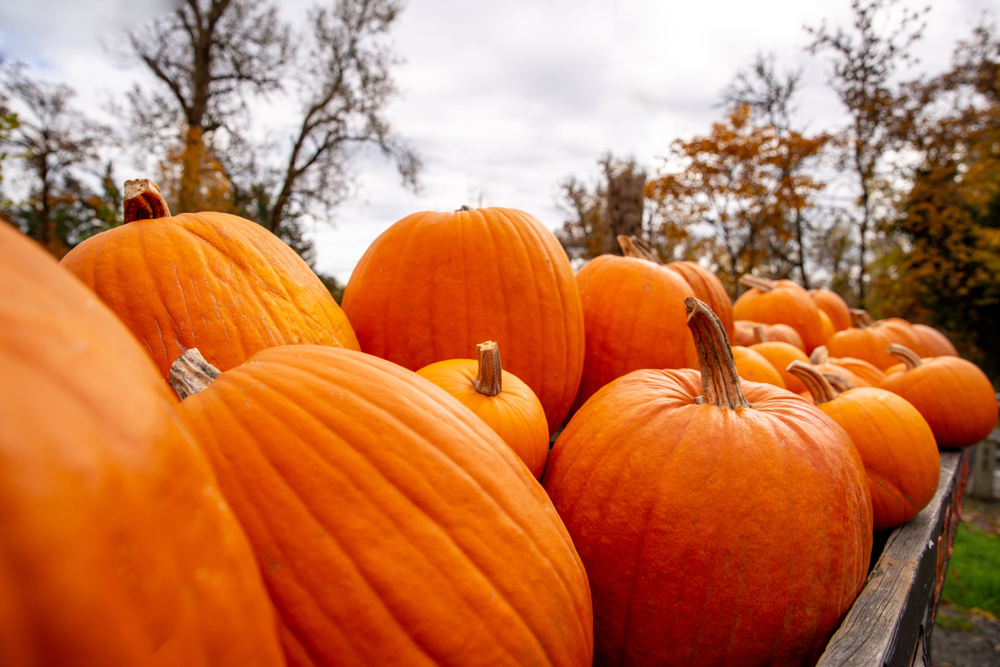 Candy and pumpkins are integral to Halloween, but the decorations, costumes, make-up and even the scary movies are all delivered with trucks, as well. If it weren’t for the trucking industry, all of our favorite components of Halloween would simply sit in warehouses all throughout October. And that’s no fun for any of us.

Iron Horse Transport is proud of the part we play in bringing Halloween to New York. And we wish you the safest, spookiest, and happiest of Halloweens!

We are here to help. Fill out the form below to speak with one of our representatives

Every year, millions of containers are moved from the New York and New Jersey ports using intermodal drayage. Items such as food, paper products, appliances, and more all take a ride on the drayage network. Intermodal drayage is growing fast. Trucking companies, ships, and railroads work together to provide a cost-effective solution to moving freight….
Read more

Without a doubt, trucking companies are the life-blood of the modern economy. Trucking has now surpassed railroads and airplanes as the most popular and in-demand shipping method available to businesses nationwide. Of course, speed and efficiency are two assets that trucking companies skillfully deliver on a regular basis. However, we’re also respected and admired for…
Read more

In many industries, the holidays are the busiest time of year. With more people than ever shopping, traveling, and businesses taking advantage of increased sales, this trend needs no explanation. And it’s no different in the trucking industry. As a construction company that specializes in union construction, we may not be a part of the…
Read more